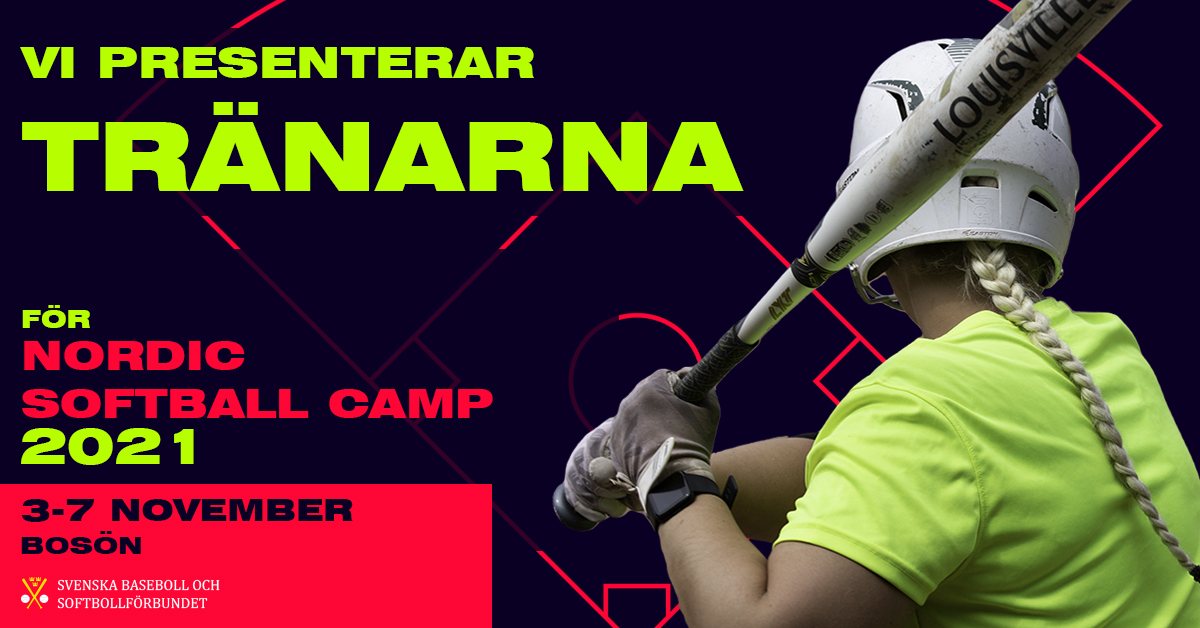 My name is Judith van den Berg, you can call me Judy!

I'm a dedicated pitcher, secretly I also love playing 3rd base and you can put me on 1st base too. I'm still playing for a small town club in The Netherlands (Roef! in Moergestel), although my main focus is on coaching.
A highlight in my career was becoming Dutch National Champions in 2019. Truth be told, there were more highlights like playing European Cups in 2018 & 2019 and this year joining the Women's European Premier Cup in Italy as the pitching coach for Roef! Moergestel and winning bronze.

We won the bronze medal this summer during the European Championships (talking about highlights).

The coming months I will be training with the National Under 19 team, in preparation for the World Championships in Peru coming December.

The past years I have been traveling through Europe giving clinics and training to spread my knowledge and passion. I always have a smile on my face, because I truly enjoy sharing the 'magic' of pitching. My mantra is 'Own It!' and I believe in the power of possibilities and positivity: what you focus on grows...well enough said, I can't wait to meet you all in person and smile (and pitch) together!

I’m Saskia Kosterink, 37 years old and I work for the dutch softball federation.

I’m the talent coach of our fulltime talent program for young talents between the age of 16-19 years old.Next to that, I also work with the National team where I’m the hitting coach.

I have played softball since I was 13 and played 12 years for the national team and 4 years in the junior national team. I have played multiple European and World Championships and my biggest accomplishment was the 2008 Olympics. I also played college ball in the states, 5 years in Italy and 5 years in Australia. Softball has given me so much in my life, and now to give back it gives me so much energy and fulfillment to help the young girls grow in our sport and help make their dreams reality.

Besides softball I love playing other ball sports, cycling, surfing and skiing.

My name is Martina Lackner-Keil. Call me Marty. I am from Austria and am currently the Headcoach of the Austrian Youth Softball Program.

I am playing for the Witches Linz (Austria) and Žraloci Ledenice (Czech Republic).Besides that I am a sports scientist and am working with athletes of different sports from the age of 10 to about 19 in the Olympic Training Center in Linz.

I have started playing softball when I was 12 years old, learned to pitch at a clinic and then out of a book and have played for many different clubs in many different countries (Austria, New Zealand, Italy, the Netherlands and Czech Republic) and also for Highland Community College in Highland, Kansas in the US.

My goal is always to find a challenge and be challenged, to learn in every situation and get better day by day. Plus playing the game and competing is just so much fun and this is what drives me as a player and as a coach.

I really started coaching an U13 girls softball team while being in New Zealand and have always tried to learn at clinics and through courses to become a better player but also a better coach. Have been a player-coach for many years and have coached players from and at different levels.

I enjoy the process and love to see when a player, who is all in, suddenly gets it and manages to do, what we have worked on.

I did the NFCA Coaches College, several Conventions in Italy and am doing the NFCA Mentoring Program this year. During the pandemic I did several things online like Softball School by The Package Deal, Quarn-D by Morgan Stuart, The Core 4 by Jen Schroeder and all the pitching courses for players and coaches from Amanda Scarborough. I have also attended the ESCA Camp twice as a coach and did the first 2 stages of the Austrian coaching system. I am now instructing coaches there and have given many clinics in person and also a few online pitching clinics and online athletic training since last year.

For me, attention to detail is the key. This starts with the fundamentals and it needs to be focused on in every rep. Once the fundamentals are sound and fluid it is all about speeding up the motion in order to get to the next level and therefore thinking quickly and being a student of the game is necessary.

I am excited to be one of the instructors at the camp. Hopefully I will be able to learn more Swedish.

Head Coach of the Bussolengo Softball Club, located in Bussolengo, Italy - 2018 & 2019.
Italian Champions both seasons as well as winning the European Premier Cup for European club team champions in 2018.

I have been a member of the National Fastpitch Coaches Association (USA) since 1994.

During the existance of the International Softball Federation (prior to the World Baseball and Softball Confederation) I served as a clinician traveling to numerous countries conducting Softball clinics. These countries include, China, Japan, Botswana, the Bahama's, the Czech Republic, Denmark, and the USA, just to mention a few.

In 2015 and 2016 I coached the now defunct Pennsylvania Rebellion (Professional USA league) of the National Pro Fastpitch League.

From 2009 thru 2014 I was the Head Coach of the Netherlands National Women's team. During this period we won three consecutive European National Championships as well as improving our World ranking of 14th, moving up to 5th world wide.

I was born and raised in the United States where I played several sports (Baseball, Basketball, Soccer, American Football). I attended the University of Hartford, receiving my degree in both Psychology and Sociology. After graduating from the University, I went to the Netherlands to play Baseball for what I thought would be a six month experience. This six month experience turned itself into a forty plus year adventure. I have a Dutch wife and two boys (ages 23 and 16) both of whom play Soccer. Besides having played Baseball in the Netherland's highest competition for ten seasons, I also coached Baseball for three years. During the time I was not involved with Baseball or Softball, I worked as a television producer for Holland's largest news program, traveling around the world covering important news events.